We opted to go down the second pathway of creating an event in a Virtual Social Environment and chose the popular physics sandbox Garry’s mod. Initially a simple modification of the game Half-Life 2 it has grown into a large and flexible framework for a wide variety of game modes with an established community. We decided to focus on the main multiplayer sandbox game mode which allows users to build contraptions and buildings with many props and tools. Props are pre-made objects that can be combined through the use of constraint tools such as ropes and welds.

To advertise the event we made a simple poster and announced it on the server’s website and twitter. 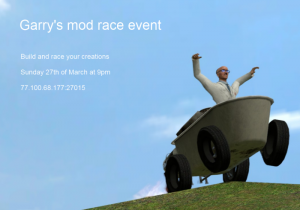 For our event we organised a race in which participants had 20 minutes to construct their vehicle before racing it around a track which we had built. To start the race we created a in game device to count down to the start and turn lights green, this was done using a number of in-game logic chips that can be wired together. 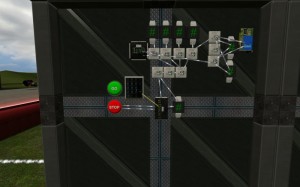 We edited down our footage into this montage:

Eventually I decided to use processing for the core of the software as it is more easily able to read XML and access mySQL databases.

For the map itself we used the Google maps API which provided all the features we needed. To get the data into the page, we used PHP to access the database and cycle through each row adding the code for displaying an icon at the infected account’s last know location.

The data collection portion of this project will be written in Java because we have some experience with it and it’s more appropriate then other languages we know.

I’ve started with a small experiment using php to get the location of a tweet then list the users near it at the time which appears to work fairly well, it is now a case of porting and expanding this.

The application will have to be able to read JSON and manipulate a mySQL/SQLite database. 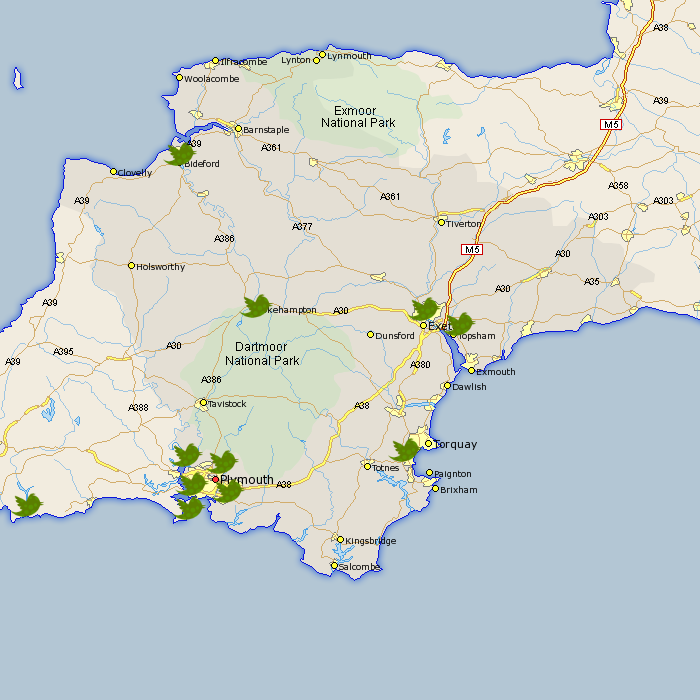 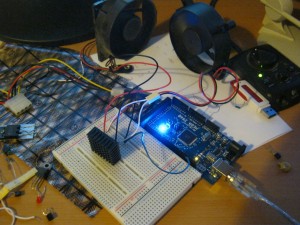 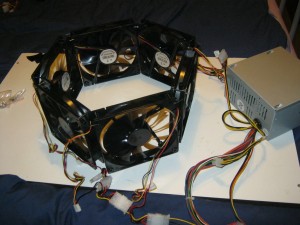 For this project we came up with the idea of using geolocated tweets in twitter to create a game on a huge scale. At the start a single user will be recorded in a database as ‘infected’. Their geotagged tweets provide a time and place which is then queried using Twitter’s search API for more people who were in the near at the time. These people also become ‘infected’ and the process is repeated for everyone in the database at regular intervals. The information stored in the database will allow us to visualise the spread of the ‘virus’. We predict that the spread will be exponential and with enough time and resources would reach most of the people that use geotagging. The game is based on Virus which is in turn based on hit/tag.

There are two halves to the project, the first is the data collection and the second is visualisation of this data. The biggest problem is the limitation on the number of queries to the twitter APIs a single client can make within an hour before being blocked and the potential for the number of accounts overwhelming the system.