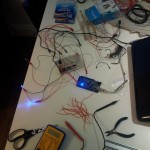 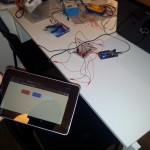 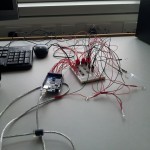 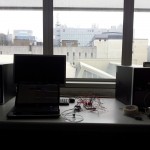 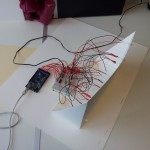 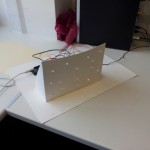 Our second project collaborating with the architects focused on the small Cornish town of St Blazey near St Austell and the Eden Project. Once a hub for mining, historically copper and tin but later china clay, this industry has mostly disappeared from the town.

The brief sought to create a community archive or museum with the design incorporating some interactive element. The architects worked on the design for the building as we developed the prototype. We came up with a wavy LED wall concept that would be built into one of the walls of the building. The wall would be used for democratic visualisations, with a question about the redevelopment of the town displayed on a screen and a touch screen voting interface. The display could also be used to visualise other elections and votes of interest around the world as well as other information all year round. 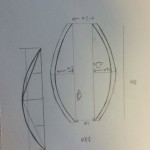 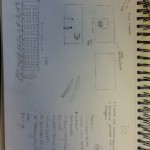 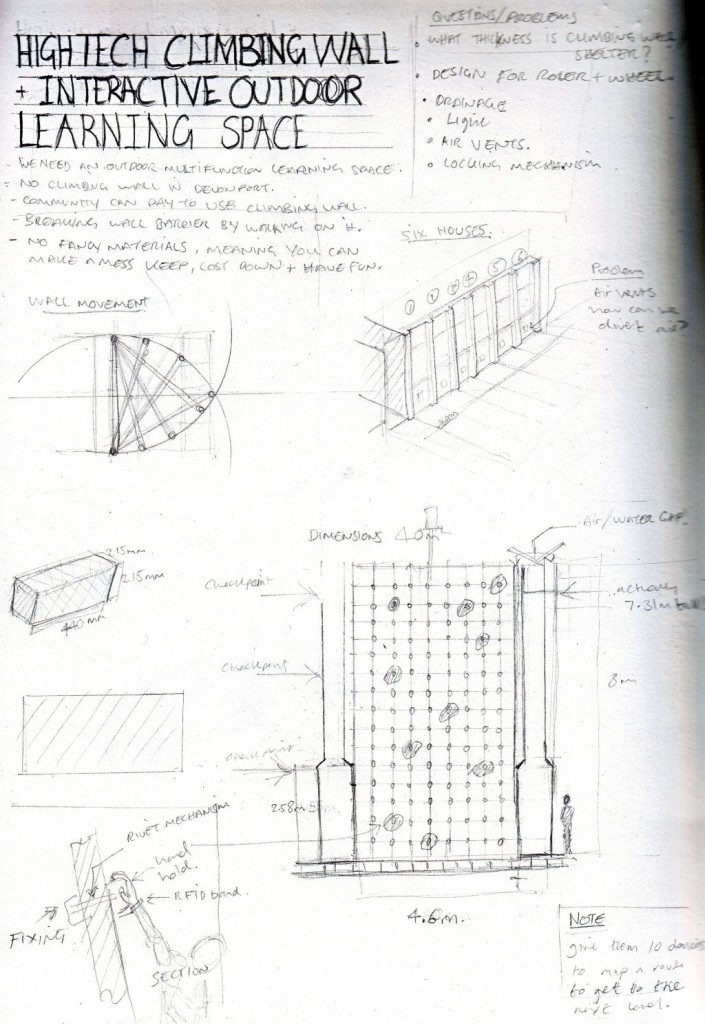 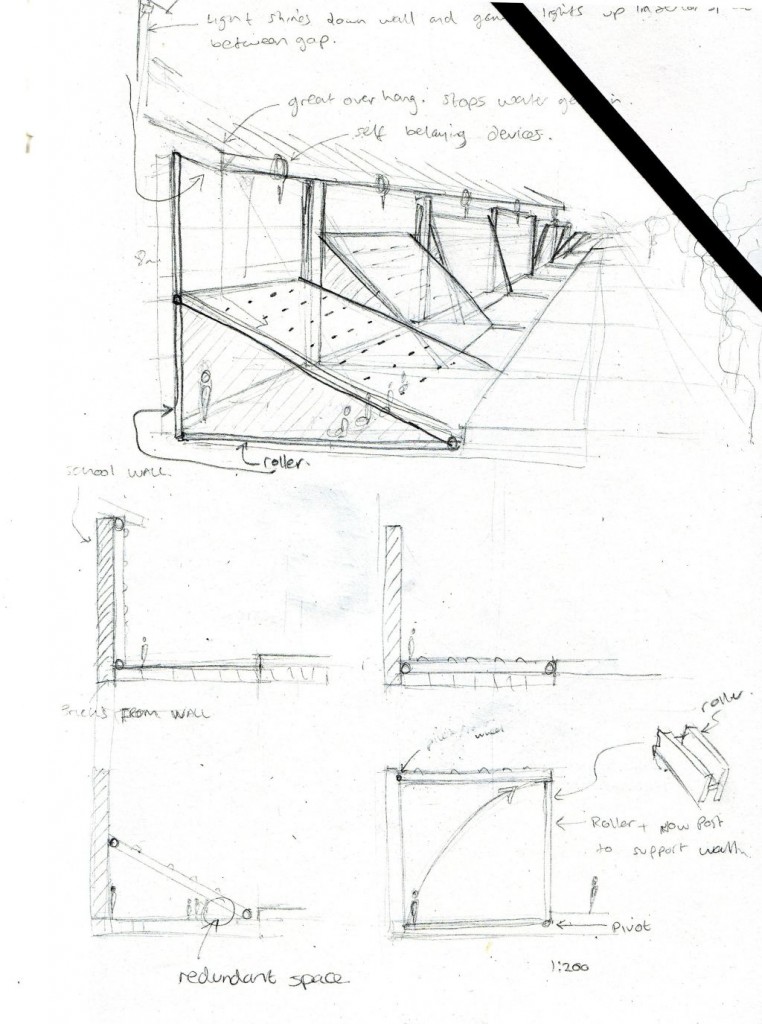 The RFID reader uses a serial connection with the Arduino to pass data to it. The easiest way to do this is to use the pins that are also used for the USB serial connection; the disadvantage of this is that the USB connection cannot be used and that there is only one. The SoftwareSerial library allows us to create serial connections with other pins. 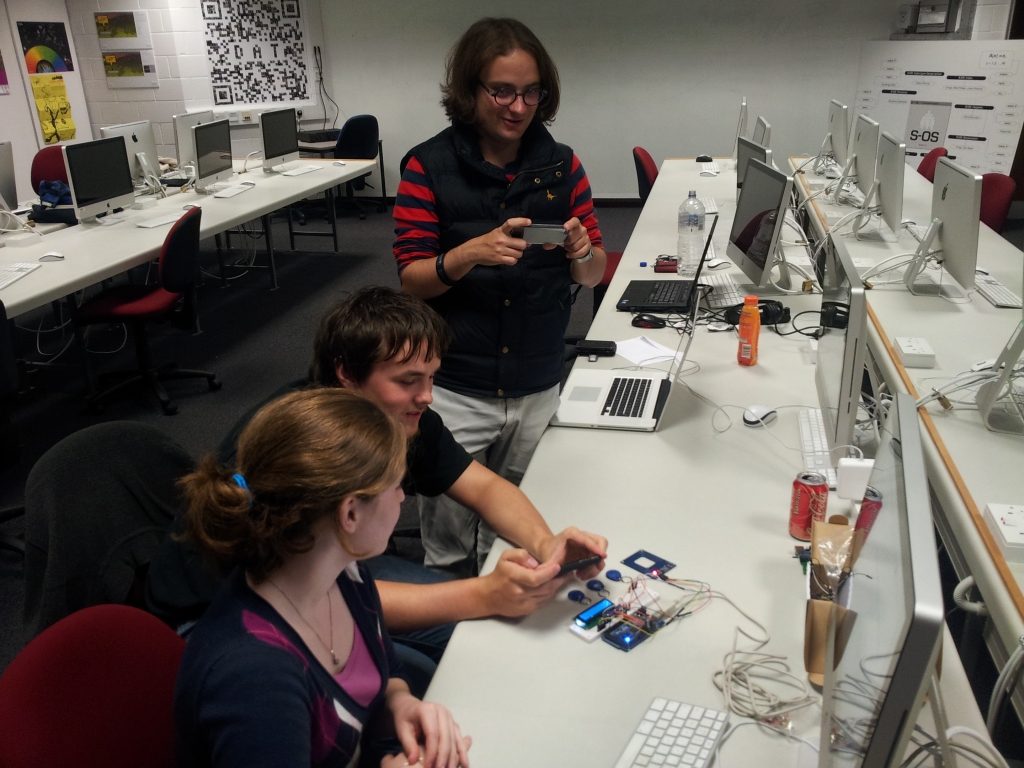 We had a problem with our code for the RFID reader where it would freeze the Arduino unless it was able to read an RFID tag. It turned out that we were using an old version of Arduino and since Arduino 1.0 SoftwareSerial has been based on NewSoftwareSerial which fixed the freezing problem. Another problem we had was that we were using pins on the Arduino Mega 2560 that do not support a feature necessary for SoftwareSerial. Both of these problems would have been solved by actually reading the reference.

We made use of the LCD display used in Fickleduino to display the RFID tags owners’ names.

This was our first project collaborating with architecture students at the university.

The group was made up of:

The project involved the large wall in Devonport that is currently being demolished which separated a residential area with the dockyard. Since the the area is no longer dockyard and is being redeveloped as a residential area the wall is being taken down. 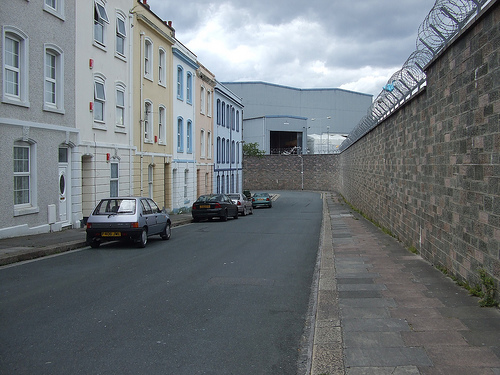 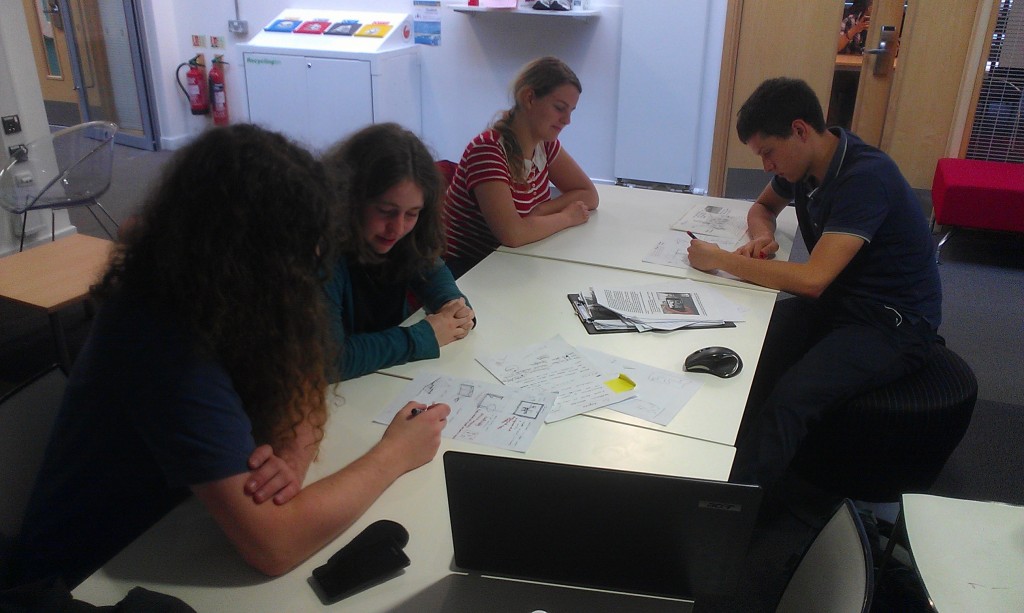 We worked on a number of ideas but we favored the idea of building a row of climbing walls making use of RFID readers and tags to track progress and achievement. RFID readers would be behind some of the hand holds and the users would have an RFID tagged wrist band. The climbing walls could slide out at the bottom and down at the top using rails allowing for the incline and therefore difficulty to be adjusted. It could be set to angles between fully vertical to fully horizontal on the ground. The climbing walls would be placed on the side of the gym. 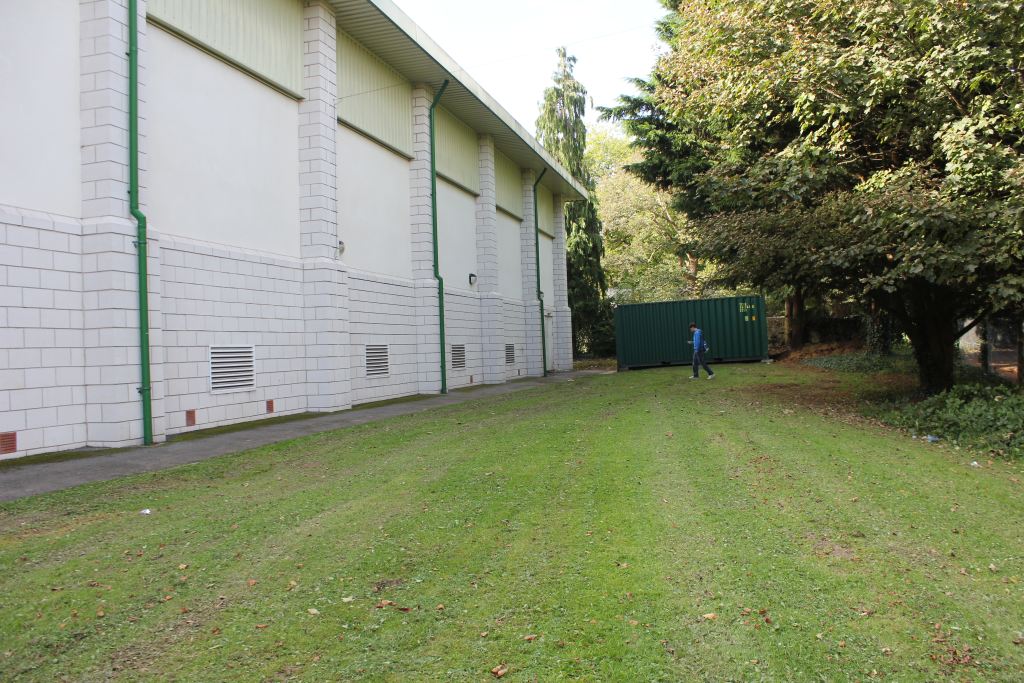 Here is the simple Timer class that I mentioned in the previous post.